Hackers claim to have stolen a database of almost 7 million Dropbox log-in credentials, but the company says its service was not hacked and that unrelated websites are the data source.

The incident is somewhat similar to the dumping of 5 million Gmail addresses and passwords online in September. 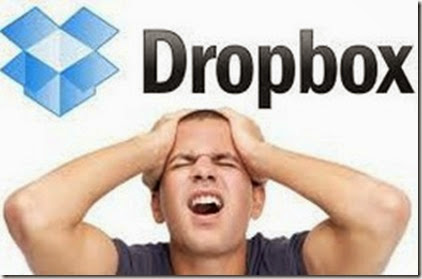 The first data dump appeared recently in an anonymous post on Pastebin.com and contained 400
username and password pairs.


snapshot of pasted stuff on pastebin with passwords blanked here

The author said that it’s only the “first teaser” of 6,937,081 hacked Dropbox accounts and asked for Bitcoin donations. The user also claimed to have access to photos, videos and other files from the compromised accounts. The account details have been pasted have been uploaded to pastebin.


What dropbox has to say

Dropbox, denies that a hack has taken place.
“Dropbox has not been hacked. These usernames and passwords were unfortunately stolen from other services and used in attempts to log in to Dropbox accounts,” it said.
“We'd previously detected these attacks and the vast majority of the passwords posted have been expired for some time now. All other remaining passwords have expired as well.”

As a precaution, if you have a Dropbox account you should change your password immediately.
You should also ensure you have two-step (or two-factor) authentication enabled. If your password is compromised, such as in this breach, the second step means your account should remain safe.

Steganos Password Manager 15 - Free 30-day trial
AVG Internet security - Comprehensive protection for your computer! AVG ensures your safety while you search or surf the net, download music, documents and pictures, send emails or instant message by scanning documents, files, Web pages and Web links before you open them. AVG Internet Security is a reliable and easy-to-use solution for home and small office users.