Fake ford ad creates a stir over the internet

Ford and its Indian ad agency issued apologies for a tasteless Ford Figo ad — in which former Italian PM Silvio Berlusconi is shown with a bunch of gagged and crying women in the trunk of his apparently FORD car — that was never meant to see the light of day. 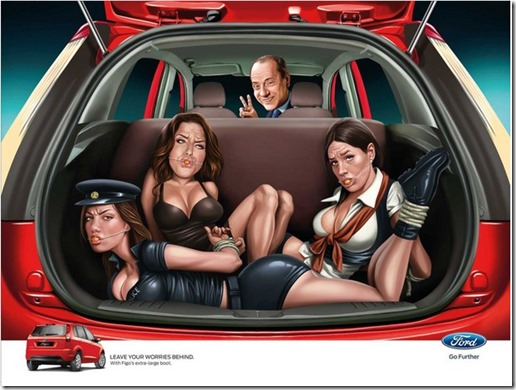 A young creative team at JWT India, Ford Figo’s agency of record, made the spot and posted it to website Ads of the World without approval. (It has since been removed.)